I finished the swoncho I have been working on. I mostly followed the pattern for Patons Knit Batwing Swoncho designed by Svetlana Avrakh with a few changes in the construction and the sizing of the piece. I used DROPS Karisma in Light Pearl Grey Mix. It is not the softest yarn, but after soaking the finished swoncho in a generous amount of Eucalan wash, it feels a lot less stiff and scratchy. It is superwash wool, so I am hoping that it will not lose its softness after repeated washing in the washing machine. Although I had my doubts about this piece, while knitting it, I am very happy with the final product. It looks beautiful and feels amazingly warm. 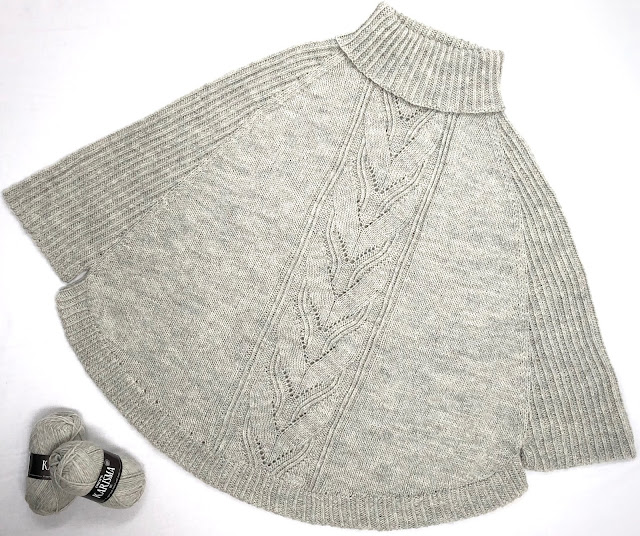 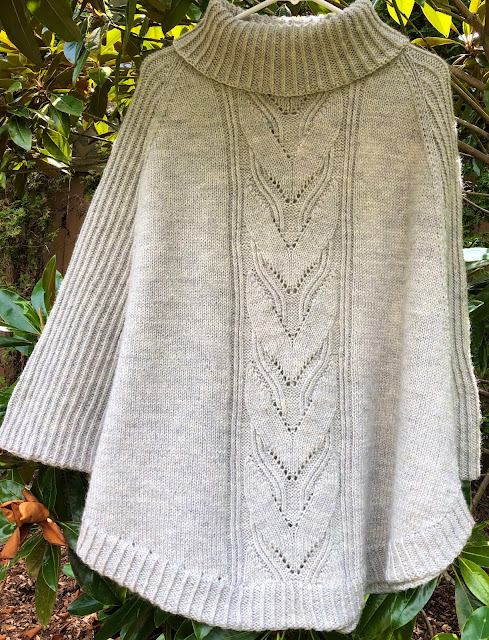 On a personal note, Chance has been battling an illness, which has been making me feel very very sad. In the beginning of July his right eye suddenly swelled up. After several treatments by emergency veterinarians and his regular veterinarian, his eye was not getting better. The inflammation would seem to improve a little for a few days, only to flare up again worse than before. Even the amazing veterinarian ophthalmologist, who is now treating him, is perplexed by this disease. As of this week his right eye is also "displaced" ventrolaterally. It doesn't look good or feel good. And Chance doesn't seem very interested in doing anything these days. It just brakes my heart. He was also examined by a neurologist, who suggested that we do an MRI and a lumbar puncture next. The C word has been mentioned as well. This brings up all of the pain of our other dog's battle with cancer and eventual passing. It was so very difficult. I cannot imagine going through that again so soon. Chance is only 3 years old. Let's hope that he will recover from this. We love him so much.